"There is an occasion for everything, and a time for every activity under heaven"  Ecclesiastes 3:12
After numerous mission outings, a handful of sermons, some really awful golf,  and not a few Spanish mistakes, my time in Texas has come to a close.  It is bittersweet, but the time was right for us to move on.  It was a truly wonderful 4 years; I wouldn't undo it for anything.  FBC is a wonderful fellowship, with some of the finest people to be found anywhere.

"Change in all things is sweet", said Aristotle.  I'm not sure that I'd go that far, but I get the idea.  So to those who dropped by here from time to time, I say "thanks", and may God bless us everyone.

If Christ Be Not Risen

We're still about 6 weeks out from Easter, but it's never the wrong time to anticipate it, or to reflect on it.  Paul says, in no uncertain terms, that our faith is useless if the resurrection of Jesus didn't really happen.  So today I encourage you to visit this link.  You'll find a video, about 30 minutes long, that gives solid, historical evidence that Jesus did indeed rise from the dead.  Happy learning!
Posted by Tracy at 1:19 PM No comments: 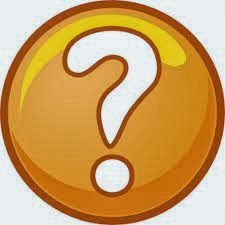 Most people who get seriously involved in world missions will end up considering a partnership of some sort.  There's no reason to reinvent the wheel, right? But where to begin?  The possibilities fairly overwhelm us, and it's not easy to narrow the search.

Well, if that is your plight, here is a helpful article that will get you started.
Posted by Tracy at 12:32 PM No comments:

I finished my last blog post saying that we change the definition of marriage at our peril.  Ideas have consequences, and once a thing is done it is impossible to undo it.  That is certainly true here. So, for example, if you'd like to get a look at the inevitable, and completely predictable, consequences of redefining marriage, click here.
Posted by Tracy at 11:33 AM No comments:

Logic: a proper or reasonable way of thinking about or understanding something --- Merriam-Webster Dictionary

It has become an almost daily occurrence: I log on to my computer, only to come across a headlline that leaves me bewildered and a little sad.  The latest entry?  "How Christianity Gave Us Gay Marriage".

Now if the connection hasn't lept to your mind yet, here is how the thinking goes: Christianity is based on an ethic of fairness, and since it would be unfair if gays couldn't marry, a real Christian will embrace gay marriage.

Are we really so intellectually bankrupt?  Does a Christian worldview, concerned as it is with matters of justice, lead us to "marriage equality"?

By no means.  The question is not are gays being treated unfairly (they are not; gays can already marry in all 50 states).  The question is, rather, is the union of 2 (or more) homosexuals a "marriage"?

If the Bible is our guide, it's not even a close call.  Marriage is the union of a man and a woman.  It was, and still is, God's idea, and we tinker with it at our peril.
Posted by Tracy at 12:53 PM No comments:

If you are reading this blog you probably have at least a passing interest in Christian missions.  With that in mind, I'd like to recommend a good resource to you, especially if you are the kind that likes to dig deep.  The folks at Global Frontier Missions have put together an online missionary training program for those who can't drop everything and go off to college.  It covers lots of ground, and you won't go bankrupt by doing it.  You can even get college credit for it if you like.  So if you're passionate for God's glory and want Him to be known among the nations, you should check it out.
Posted by Tracy at 3:31 PM No comments: 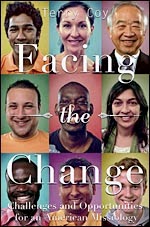 I've met lots of good people while living in Texas, and one such good person is Dr. Terry Coy.  Terry works for the Southern Baptists of Texas Convention (official title: Director of Missions), so we've crossed paths several times at this meeting or that.  Terry has recently released a new book about the challenges we all face in reaching the mission field that is the United States.  I admit I haven't read it, but I do know the author, and can guarantee that it will be worth your while.

For more information about "Facing the Change", click here.  You can also buy it here.
Posted by Tracy at 11:53 AM No comments: